Aylesford Signal Box is located on the Medway Valley line. It still has its NSE name plate in place

Located just up the road from this Station is a NSE branded sign that still in place on either side of the
​bridge that crosses Battersea Park Rd / Prince of Wales Drive.Although not directing passengers to the adjacent station,its give clear directions to 'The Dogs' Home Battersea'.
​This may of been a form of sponsorship that Network SouthEast participated in.

This Signal Box has been a Grade 2 listed building since 1998. Located on the North London Line,
​ now part of the 'Overground Network'  in Ealing W3.

2 Network SouthEast branded signs are still on in place outside this West Sussex station.

The presence of Network SouthEast is still very much in place this Central London Station. The platform walls and pillars still have their NSE cladding,  Also RED customer seating is still in place. NSE clocks also still feature here, ​but are in Connex 'YELLOW' surround. And not been repainted since

​LFB Fire Switch still with the NSE flash on it. Located outside main station entrance. 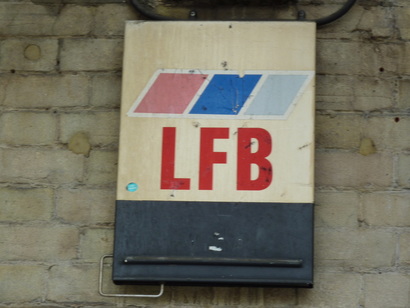 This sign is still in position by the railway bridge on Chislehurst Rd.  The ticket window in the booking hall still
​has its original 'RED' surround inplace & NSE 'Position Closed' Window blind.

Located on the railway bridge on Bedford Road, just down the road from this now  'London Overground'
branded station. Also, a direction sign is located at the road junction at Bedford Road / Acre Lane.

This West Sussex station still has a NSE sign outside, although the days of REDSTAR have also long gone,
​in the blanked out section at the bottom.

This Station and line from Watford Junction was closed in 1996 due a road remodeling scheme.
This site still remained unchanged on 19th March 2011.

'Google Streetview' captured this NSE branded sign for this Kent Station in 2009. 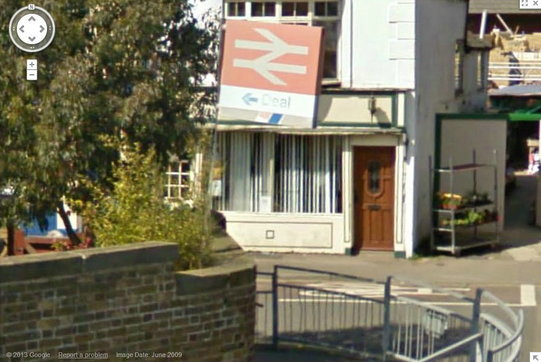